Two wealth management firms of different types — one, Rockefeller Financial, a haven for advisers looking to flee Wall Street banks, and another, Allworth Financial, that focuses on RIA acquisitions — nabbed dozens of financial advisers during the first quarter, according to InvestmentNews Research data.

While many large firms struggled with recruiting in February and March as a result of COVID-19 and the limits the pandemic has placed on business, such as travel restrictions, Rockefeller saw a net gain of 29 advisers, via either recruiting or acquisitions. Allworth, led by industry stalwarts Scott Hanson and Pat McClain, posted a net gain of 26 advisers.

Those are significant increases for the two burgeoning wealth management firms when compared to last year. In 2019, Allworth recruited only four advisers who had been brokers and had one departure, according to InvestmentNews Research, while Rockefeller added 43 with no departures. 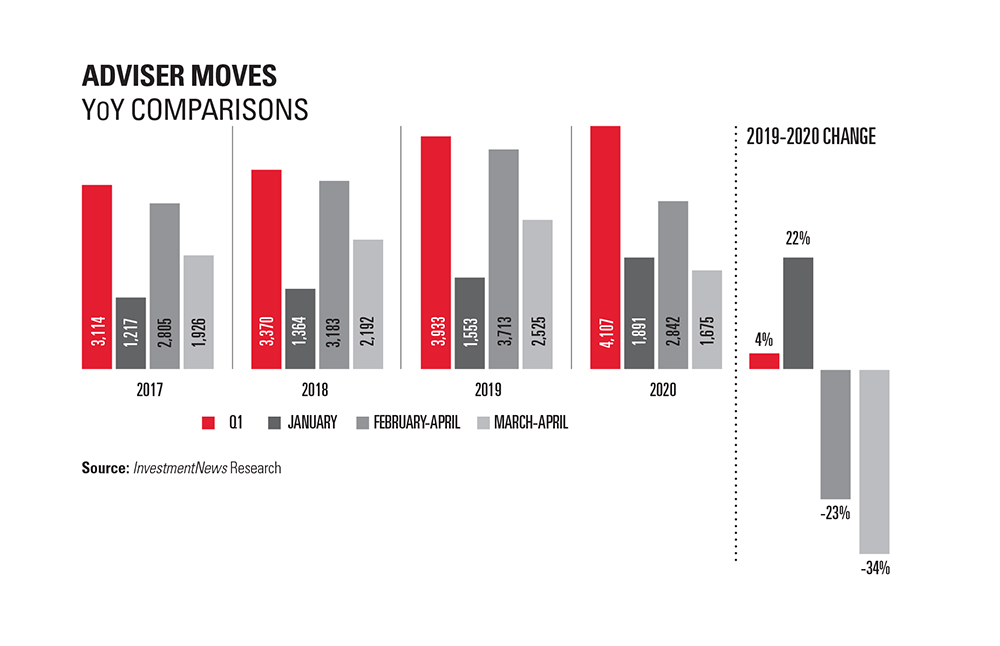 Allworth, which has $8.1 billion in client assets, changed its name in 2019 from Hanson McClain Advisors. In 2017, Hanson and McClain sold a 70% ownership stake to private equity investors Parthenon Capital Partners. Since then, the firm has done nine RIA acquisitions.

“We closed on a large transaction on Jan. 1 and have a total of 83 advisers,” Hanson said.

InvestmentNews reports on the numbers of registered reps and financial advisers who leave one broker-dealer for another. That means it can miss some advisers who are registered with only the Securities and Exchange Commission and not with the Financial Industry Regulatory Authority Inc. While InvestmentNews data show Allworth recruited four advisers last year, Hanson said the firm had a total of 12 advisers join in 2019.

COVID-19 is only reinforcing financial advisers’ interests in selling their practice or moving to a new firm, he said.

“We’re having many more conversations with advisers than we thought we would have,” Hanson said. “The level of complexity in the business has grown, and when you throw in the pandemic, a lot of advisers are looking and wondering if there is a better way forward.”

With $5.4 billion in client assets, Rockefeller, as its name would indicate, has a Wall Street pedigree.

Rockefeller Financial is the broker-dealer arm of Rockefeller Capital Management. That registered investment adviser, which is backed by hedge fund Viking Global Investors, was created in 2018 and is an offshoot of Rockefeller & Co., once the family office of the company’s namesake founder.

Viking has the majority stake in Rockefeller & Co. Minority ownership is shared by the management team and the Rockefeller family.

Greg Fleming, CEO of Rockefeller Capital Management, is the former president of the wealth and asset management units at Morgan Stanley and earlier served as president of Merrill Lynch.

Rockefeller made moves last year to set up adviser growth in 2020.

Last spring, industry executives and recruiters said the private wealth management arm of Rockefeller Capital was offering signing bonuses worth 300%, and in certain cases more, of advisers’ prior 12 months’ revenue, known as the trailing 12 in industry parlance. That type of recruiting deal was particularly attractive to advisers at a time when wirehouses like Morgan Stanley, UBS and Merrill Lynch were pulling back from recruiting, which is expensive.

Then in September, Rockefeller Capital management boosted its presence in Silicon Valley when it agreed to acquire Financial Clarity, a Mountain View, Calif.-based multifamily office with $2.3 billion of assets.

A spokesperson for Rockefeller Capital, Philippa Ushio, declined to comment. 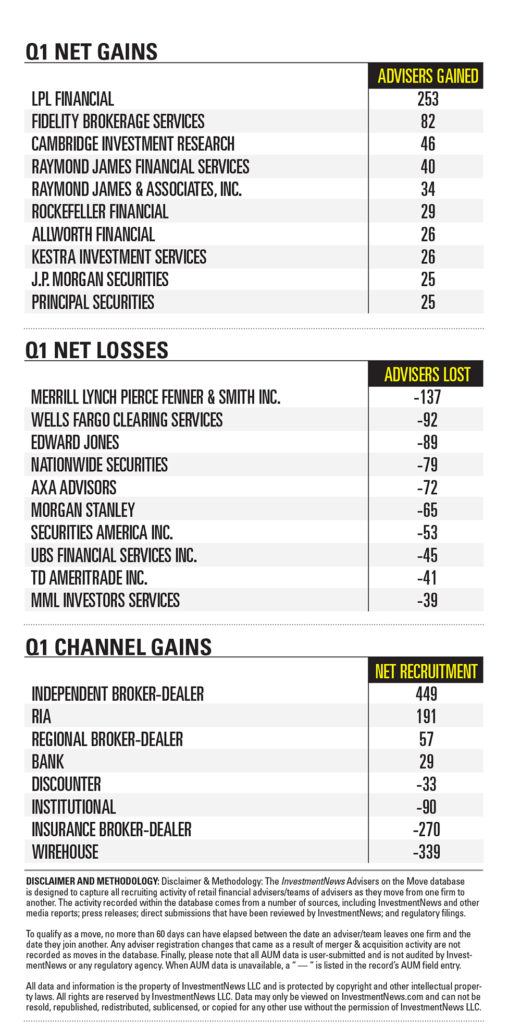