Financial advisers are treating 2020 as a major opportunity for tax planning, but there appears to be no consensus on just how to go about preparing for any potential rate increases.

Amid this year’s market crash, many advisers saw an opportunity for clients to make Roth conversions, taking advantage of the reduced 401(k) and traditional IRA account balances to save on the amount of tax they would incur. But with the recent suspension of required minimum distributions under the CARES Act, and the possibility that Congress could move to increase tax rates after the November election, Roth conversions have been even more tempting.

Anticipating higher taxes, adviser Salim Boutagy of Congress Wealth said he is “trying to get as many Roth conversions done as possible.”

Some advisers are preparing ready-to-go strategies that they could apply following the election, depending on the outcome. Others say that it is too soon to consider how tax rates could shift if former Vice President Joe Biden prevails against President Donald Trump in the fall.

But a ballooning national deficit that has been fueled by stimulus packages during the COVID-19 crisis makes the necessity of tax increases all but certain, especially given the Trump-era tax cuts that have favored corporations and the wealthy, some said.

“If former Vice President Biden is elected president of the United States, we probably should react to that in a way to protect our wealthier clients,” said Robert Keebler, partner at Keebler & Associates, during a recent webcast hosted by The American College of Financial Services. “We’re getting everyone ready to make very large gifts in November, depending on how the election goes.”

Another panelist, Jeffrey Levine, said tax increases are a reality.

“Whatever your political feelings are … we increased the deficit by another $1.5 trillion” during the COVID-19 crisis, said Levine, the director of advanced planning at Buckingham Wealth Partners.

“We have an unprecedented opportunity right now to transfer wealth for our wealthiest clients,” he said. “What I’m encouraging a lot of people to do is create your game plan” for both scenarios.

With the effects of the pandemic, as well as expected increases in income, estate and gift taxes, “planning is most important, and failing to take advantage of the moment could prove to be counterproductive to building wealth,” Marianela Collado, co-owner of Tobias Financial Advisors, wrote in an email.

Many business owners will see losses this year, which means they will likely end up in a lower tax bracket or have a net operating loss, which can be “an opportunity to accelerate income,” Collado said. Exercising options, passing out income from irrevocable trusts and loss harvesting are strategies advisers should be considering.

“It is a great time to ‘bank’ losses so you can use them later on when the market recovers, and future gains can be sheltered by these losses,” she said.

With the market still depressed, it can also make sense for investors to ramp up contributions to individual retirement accounts or health savings accounts, in order to capture the recovery, Collado said. Clients can also consider making intra-family loans while interest rates are low, she said. 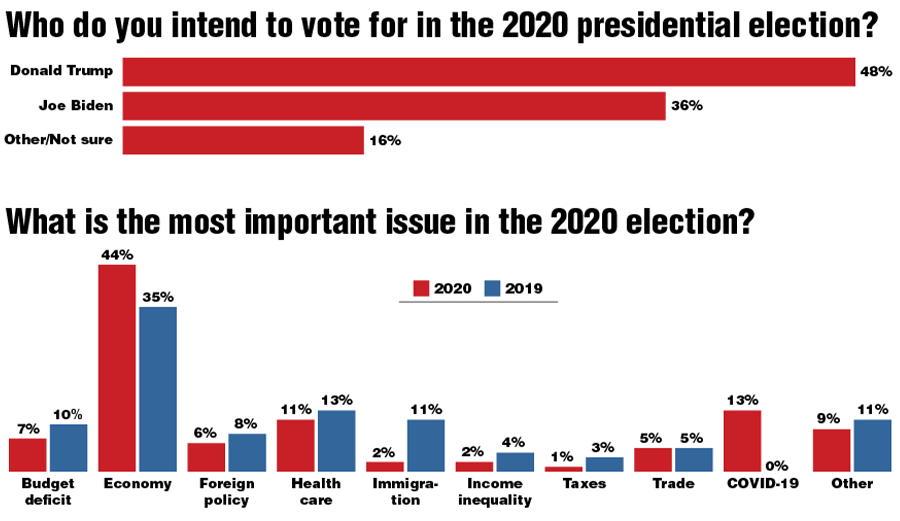 Adviser Michelle Gessner wrote that her firm, Gessner Wealth Strategies, is preparing for higher taxes, “running analyses for our clients that model controlled Roth conversion schedules over a period of years, and modeling different tax rate scenarios … where taxes increase in 2026, which is when our current tax laws sunset, but we are also looking at the possibility that taxes increase as early as 2022.”

If Congress doesn’t take action, letting the Trump tax cuts expire, “rates will go up,” Carlie Rocco, managing partner of Moneco Advisors, said in an email. “Higher tax rates in the future, combined with the later RMD age that went into effect this year, means our retired clients have a bigger window between their retirement and having to take their RMDs than ever before.”

“We are looking at valuations of [closely] held/family-owned businesses to see if we should start transferring ownership to younger generations,” Herron wrote.

Life insurance is also a consideration in light of the pandemic and election, Herron said.

“We are evaluating the amount of life insurance our clients have, to make sure they have enough to pay off any taxes they could owe at their passing,” he said.

“That allows the most flexibility, giving us the best chance to make timely decisions as the tax code changes,” Hockema wrote.

While tax rates are currently low and expected to rise, it’s impossible to know when that will happen, some advisers wrote in response to a query from InvestmentNews.

“Much like the market, you cannot predict what the tax environment will be like in the future,” wrote Christy Latraille, owner of Crystal Clear Financial. Most tax planning happens in November and December, “when we have a better idea of where a client’s [adjusted gross income] will be. We can then look at additional retirement funding or business expense opportunities to ensure lowest possible tax liability over the … next three to five years.”

Planning based on current tax law is the norm for financial adviser Danqin Fang, of Evensky & Katz/Foldes Financial Wealth Management. However, the gap between the November election and taking office in January 2021 could present some planning opportunities, Fang wrote.

“An increase in capital gains rates that was not retroactive could lead us to realize gains depending on the amount of the increase and the client’s particular situation,” Fang said. For example, “you may not want to accelerate gains for an 84-year-old client, considering the step up in basis his heirs would receive at death.”

With unemployment high and the economy in a precarious position, “the federal government will be very slow to act on tax increases,” said Matthias Giezendanner, founder of San Francisco Wealth Planning.

“Potential tax increases are likely far enough in the future to make planning for them a speculative endeavor,” Giezendanner wrote.

Currently, most tax planning involves clients with equity compensation and “Bay Area unicorns,” he noted. “Some of these companies had plans to go public that they will likely postpone due to the impact of COVID-19. For clients with this type of equity, I review potential outcomes if their companies go public as well as what actions they might take now to maximize the tax advantage of having extra time to exercise options before they receive liquidity.”