The Federal Reserve bought $305 million of exchange-traded funds on the first day of its historic intervention into U.S. corporate debt markets, according to data published Thursday.

The figures were revealed in the central bank’s weekly balance sheet update, which also showed that total assets rose to a new record of $6.93 trillion in the week through May 13.

The ETF purchases, which began on Tuesday, are part of the latest emergency lending program the Fed has rolled out to help cushion the impact of the coronavirus pandemic on the U.S. economy and financial markets.

The weekly update reports trades with a one-day lag, which means any ETF purchases made on Wednesday were not incorporated into the numbers. 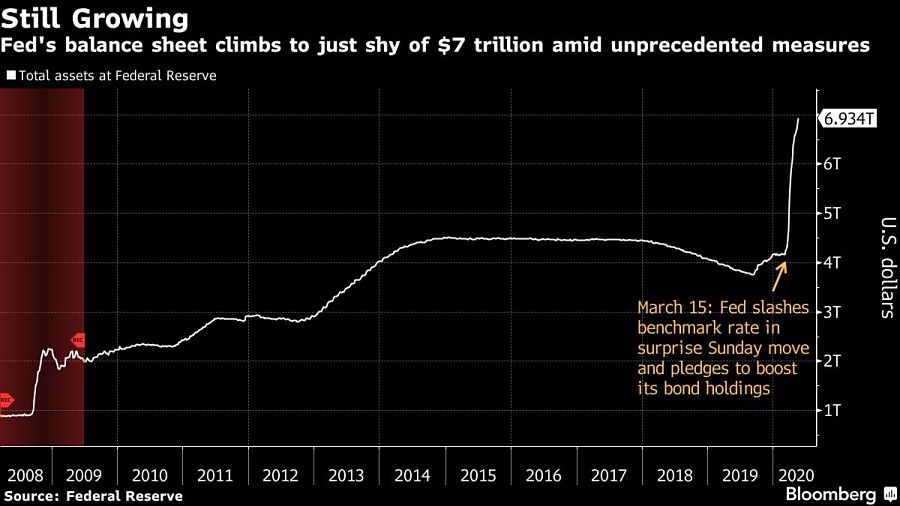 First announced on March 23, the so-called Secondary Market Corporate Credit Facility has been credited by investors and policy makers alike with having a major calming influence on markets, even well before it officially launched on Tuesday. Under the program, the Fed plans to make both outright purchases of corporate bonds as well as ETFs invested in the asset class, including potentially some sub-investment grade debt.

While the weekly balance sheet data did not disclose which ETFs the Fed bought, the central bank has said it will disclose the names of borrowers participating in the program at least once a month.